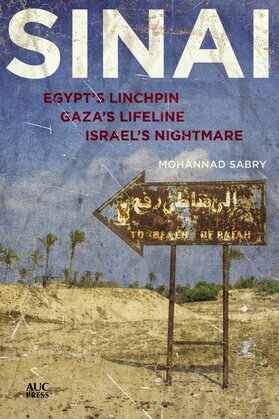 Enclosed by the Suez Canal and bordering Gaza and Israel, Egypt's rugged Sinai Peninsula has been the cornerstone of the Egyptian-Israeli peace accords, yet its internal politics and security have remained largely under media blackout. While the international press descended on the capital Cairo in January 2011, Sinai's armed rebellion was ignored. The regime lost control of the peninsula in a matter of days and, since then, unprecedented chaos has reigned and the Islamist insurgency has gathered pace.
In this crucial analysis, Mohannad Sabry argues that Egypt's shortsighted security approach has continually proven to be a failure. Decades of flawed policies have exacerbated immense social and economic problems, and maintained a superficial stability under which arms trafficking, the smuggling tunnels, and militancy could silently thrive-and finally prevail following the overthrow of Mubarak.
Sinai is vital reading for scholars, journalists, policy makers, and all those concerned by the plunge of one of the Middle East's most critical regions into turmoil.