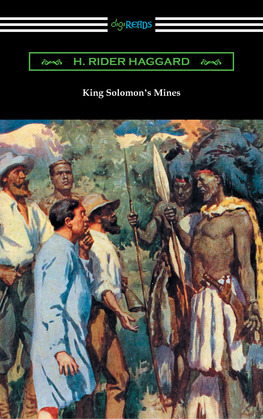 In the late 19th century, discoveries of ancient civilizations, like those in Egypt’s Valley of the Kings, stirred the imaginations of Europeans with regard to the largely unexplored interior of Africa. First published in 1885, H. Rider Haggard’s “King Solomon’s Mines” was one the first novels to capitalize on this fascination of the public. It is the story of adventurer Allan Quatermain, who is enlisted by the aristocratic Sir Henry Curtis and his friend Captain Good to help them find Henry’s lost brother, last seen traveling into the interior of Africa in search of the riches of the fabled King Solomon’s Mines. With the aid of a mysterious map Quatermain agrees to help the two in exchange for a share of the treasure. Along the way they encounter the many perils of the African wilderness, including its vast deserts, dangerous Elephants, and its fierce native warriors. One of the most popular novels of the 19th century, regarded as the genesis of the Lost World literary genre, “King Solomon’s Mines” remains to this day as one of the greatest stories of adventure ever told. This edition includes illustrations by A. C. Michael and a biographical afterword.