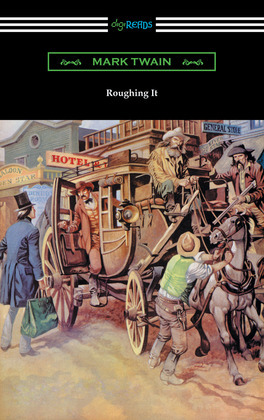 Mark Twain’s semi-autobiographical travel memoir, “Roughing It” was written between 1870-1871 and subsequently published in 1872. Billed as a prequel to “Innocents Abroad”, in which Twain details his travels aboard a pleasure cruise through Europe and the Holy Land in 1867, “Roughing It” conversely documents Twain’s early days in the old wild west between the years 1861-1867. Employing his characteristically humoristic wit and flare for regional dialect, Twain crafts a story which at once explores the magnificence of the wild west and dispels its romanticized mythology. Called out west to help his brother, Orion, who has been appointed secretary of Nevada, the two travel from their homes in Missouri aboard the Overland Stage. In relating the trip, the rugged brilliance of the open frontier of the American West is beautifully depicted. Parting ways with his brother, Twain continues on from Salt Lake City to San Francisco and ultimately the kingdom of Hawaii. Along the way numerous anecdotes of humorous adventures and mishaps of Twain’s experiences with Mormons, Native Americans, mining, and real estate speculation are satirically told. A classic travelogue, “Roughing It” is one of Twain’s greatest non-fictional works. This edition includes a biographical afterword.