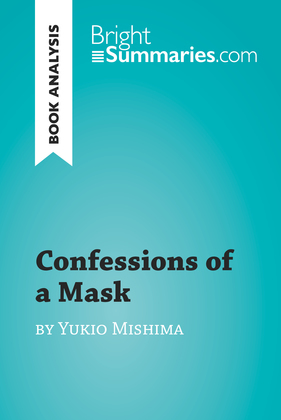 Confessions of a Mask by Yukio Mishima (Book Analysis)

Unlock the more straightforward side of Confessions of a Mask with this concise and insightful summary and analysis!

This engaging summary presents an analysis of Confessions of a Mask by Yukio Mishima, a daring novel which explores the boundaries and connections between desire, beauty and death. It tells the story of Kochan, a young gay man who is constantly torn between his desire for social acceptance and his vivid inner world of sexual imagery and morbid fantasies, and struggles to reconcile these warring sides of his own personality. Yukio Mishima was one of the foremost Japanese authors of the 20th century, and was considered for the Nobel Prize in Literature on multiple occasions. He was also an ardent Japanese nationalist, and even founded a right-wing militia known as the Tatenokai. In 1970, he led an attempted coup, supported by other members of the militia, in an attempt to restore imperial rule to Japan, and committed ritual suicide when their plan failed.

Find out everything you need to know about Confessions of a Mask in a fraction of the time!