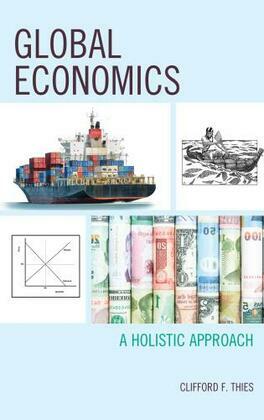 Global Economics looks beyond the mere interaction of national economies as is implied by the term 'international economics.' It examines the integration of national economies into the emerging global economy. In keeping with the subtitle A Holistic Approach, the book considers the roles of technology, political arrangements, the rule of law, natural resources, climate change, social institutions and values, in addition to the role of economics (narrowly defined). In fact, recourse to abstract economic analysis is restrained, and discussion is replete with concrete examples and case studies. Specific topics include trade theory, policy and agreements, foreign exchange, exchange rate determination and hedging, international capital and labor flows, financial crises and development. The book details the changes that took place with the Industrial Revolution and the subsequent spread of market economics and democratic government. It develops the classic theory of comparative advantage, and then applies and extends the theory to explain the complex trade patterns of today. It uses game theory to analyze trade policy, and the tragedy of the commons to address the resource curse. The book covers topics such as the relationship of defense to trade policy not typically considered by international economics, in addition to taking a fresh approach to the traditional topics.