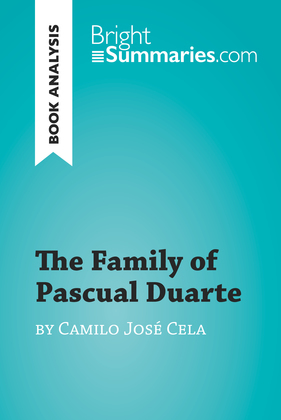 Unlock the more straightforward side of The Family of Pascual Duarte with this concise and insightful summary and analysis!

This engaging summary presents an analysis of The Family of Pascual Duarte by Camilo José Cela, an uncompromisingly bleak portrayal of the violence that plagued rural Spain in the early 20th century. It tells the story of Pascual Duarte through an ingenious nested narrative which spans three unreliable narrators and several years, and describes the path that eventually led the protagonist to be sentenced to death for the murder of a nobleman. Camilo José Cela was a Spanish writer who won a number of prestigious awards, including the Nobel Prize in Literature in 1989. He was considered one of the most influential Spanish writers of the 20th century, and is generally credited with founding the tremendismo literary movement. He died in Madrid in 2002.

Find out everything you need to know about The Family of Pascual Duarte in a fraction of the time!