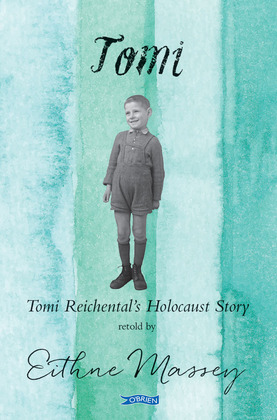 ‘At the age of six I began to fear for the future. … By the age of nine I was on the run for my life. … By the time I was ten I had seen all there was to see.’

Tomi Reichental's story of the Holocaust through the eyes of a child. Tomi, who lost 35 members of his family in the Holocaust gives his account of being imprisoned as a child at Belsen concentration camp. He was nine-years old in October 1944 when he was rounded up by the Gestapo in a shop in Bratislava, Slovakia. Along with 12 other members of his family he was taken to a detention camp where the elusive Nazi War Criminal Alois Brunner had the power of life and death.

An accessible and honest account of the Holocaust that reminds us of the dangers of racism and intolerance, providing lessons that are relevant today. A true story of heroism during this painful horrific time in history.