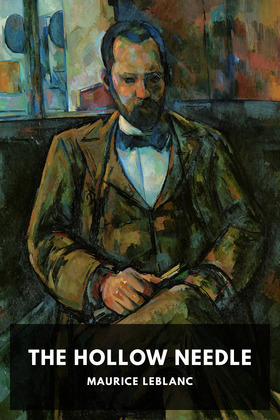 In this first full-length Arsène Lupin novel the gentleman-thief remains a shadowy figure for most of the novel, working two steps beyond the law with a hidden aim. To fight against this anti-hero, Leblanc introduces Isidore Beautrelet, the prodigious school-boy detective. Also making an appearance are old foes Detective Ganimard and (in yet another copyright-defeating name change) Holmlock Shears. The battle of wills that ensues pulls Isidore through rural France as he tries to get to the bottom of Lupin’s motives.


The Hollow Needle was originally serialized in the magazine Je Sais Tout from 1908 to 1909, and was translated into English in 1910. Arsène Lupin starred in many further stories and plays, and a direct sequel to this story, Le second visage d’Arsène Lupin, was written by Pierre Boileau and Pierre Ayraud in 1975.