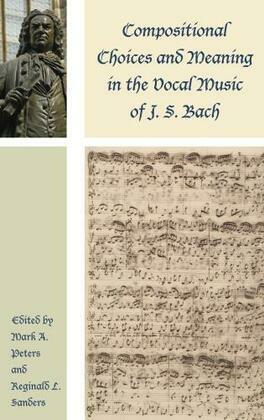 Compositional Choices and Meaning in the Vocal Music of J. S. Bach

Compositional Choices and Meaning in the Vocal Music of J. S. Bach collects seventeen essays by leading Bach scholars. The authors each address in some way such questions of meaning in J. S. Bach’s vocal compositions—including his Passions, Masses, Magnificat, and cantatas—with particular attention to how such meaning arises out of the intentionality of Bach’s own compositional choices or (in Part IV in particular) how meaning is discovered, and created, through the reception of Bach’s vocal works. And the authors do not consider such compositional choices in a vacuum, but rather discuss Bach’s artistic intentions within the framework of broader cultural trends—social, historical, theological, musical, etc.
The chapters in this volume thus reflect the breadth of current Bach research in its attention not only to source study and analysis, but also to meanings and contexts for understanding Bach’s compositions.