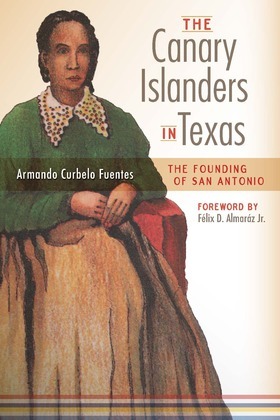 The Canary Islanders in Texas

by Armando Curbelo Fuentes (Author)
Nonfiction History History by country United States Southwest states (AZ, NM, OK, TX) Europe Spain  <1799
EPUB
Unlimited loans, One at a time
Details
Immigrants from the archipelago of the Spanish Canary Islands off the coast of Western Africa played a vital role in San Antonio’s early history. Canary Islanders in Texas tells the story of the fifty-five Canary Islanders who arrived in South Texas in 1731 and founded the original municipality of San Fernando de Béxar (renamed San Antonio in the nineteenth century after Texas’s independence from Mexico). Through the reflections and records of María Curbelo, the last surviving member of the original settlers, readers learn of the many challenges these early settlers faced, including the assignment of land grants, distribution of riverine water, and protesting perceived monopolies of labor for the construction of homes and other structures by Franciscan missionaries. For over a century Canary Islanders and their descendants controlled municipal policy in San Antonio, Their influence began to decline beginning in 1845, however, with the annexation of Texas and the introduction of United States governance.

More than five thousand isleños live in San Antonio today, many of them descendants of the original settlers. Their influence can be seen in the city’s history, culture, music, and philanthropy. Their legacy is celebrated through numerous cultural groups and organizations.