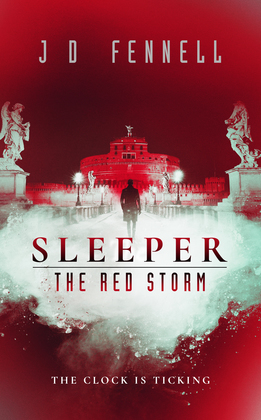 Praise for Sleeper: 'Sleeper is an exciting tale full of pace and surprises. J.D. Fennell can write up a storm.' James Patterson

1943. Sleeper spy Will Starling has been drafted in to the SOE, joining forces with the French Resistance in the fight against the Nazis; but Will's memory is fractured and only occasional flashbacks reveal fragments of his past. Despite this, he has not forgotten his pledge to find and rescue his sister, Rose - if she is still alive. When his mission in France is compromised, Will suspects he's been betrayed.

Back in London he hears that VIPER are in league with the Axis powers and are developing a new and deadly weapon. As he and MI5 agent Anna Wilder set out to destroy it, their every move is anticipated by their enemies. Who is the mole in the British Secret Service? As they close in on VIPER's Swiss headquarters, it seems no one can be trusted. Are Will and Anna able to prevent the unleashing of the Red Storm that will bring mass destruction on a scale even the Nazis haven't dreamt of?

While Will tries to save the world, Rose has become the key to VIPER's future plans and is drugged to dull her kinetic powers. But Rose faces danger from an unexpected enemy and her time is running out.