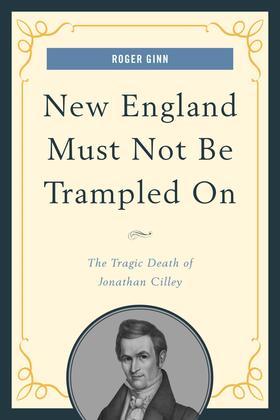 New England Must Not Be Trampled On

On February 24, 1838, Maine Congressman Jonathan Cilley was killed in Maryland by another Congressman from Kentucky in one of the last duels to take place in the United States. At the time, dueling was not illegal, but still Cilley’s death was a shock to the nation. Before the duel, fought with rifles at less than one hundred paces, Cilley is believed to have said, “New England must not be trampled on.” He fought for the honor of his name, the honor of his home state, and the stout patriotism he held all his life.
This revealing biography considers Cilley’s short life: his early years in New Hampshire, his time at Bowdoin College and his friendship with Nathaniel Hawthorn, his marriage and political life, the events that caused him to accept the duel challenge, and the duel itself, with its tragic aftermath. It also provides an intriguing look into the politics of nineteenth century America.