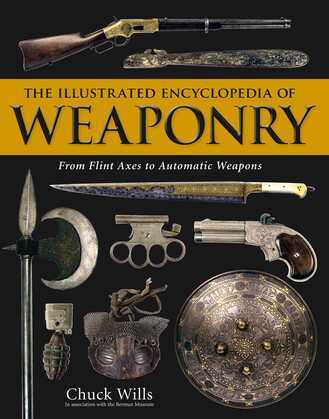 The Illustrated Encyclopedia of Weaponry

A complete look at weapons--from the Stone Age to the Bronze Age, from spears to swords.

When did hunting weapons begin to be used against humans instead of animals? What is the difference between the Plains Indian War Club and the Fijian War Club? What weapon is common to peoples in every part of the world? The Illustrated Encyclopedia of Weaponry is a comprehensive guide to arms and armaments throughout history.

Beginning in the Stone Age, The Illustrated Encyclopedia of Weaponry travels through the Bronze Age to our present day, showing the tools humans have used to defend themselves all around the globe. There?s the Japanese tanto, or dagger, which have become identified with gangs known as yakuza. There?s the flaming arrow used when Swiss and Austrian forces clashed in the 14th century. And there?s the revolver that Samuel Colt made practical for both military and civilian use in Hartford, Connecticut.