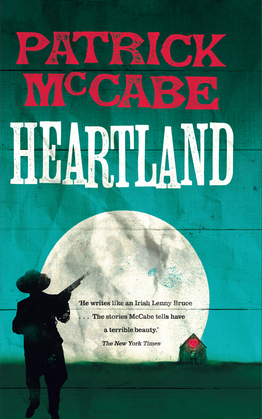 ‘This world is a bad dream.’

Seven men wait in Mervyn’s Mountain Bar, awaiting the arrival of Tony Begley and his six-inch boning knife, Sweety. Ray ‘Ringo’ Wade hides above them in the rafters, silent and consumed by shame as Jody, the only friend he’s ever known, lies beaten and bound in the outhouse, waiting to meet his maker at the hands of the bar’s raucous inhabitants.

The reason for this bloody retribution? Ray and Jody went and jacked over the one and only William Walter Monroe – the man who took them in, for better or worse, and single-handedly moulded Glasson County into a place people could be proud of.

To a man, they bear the mark of Cain, and the acts of the past are never far from the present. Insulated from the world by his shaky delusion, Ray Wade recounts the tale he has no choice but to live with.

A backwoods sinfonia of rough poetry and black comedy about the love we give and the horror we visit upon one other – and ourselves.