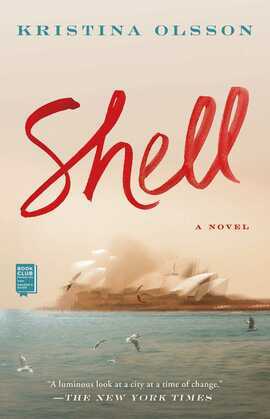 In this “luminous” (The New York Times) historical novel?perfect for fans of All the Light We Cannot See and The Flamethrowers?a Swedish glassmaker and a fiercely independent Australian journalist are thrown together amidst the turmoil of the 1960s and the dawning of a new modern era.

1965: As the United States becomes further embroiled in the Vietnam War, the ripple effects are far-reaching?even to the other side of the world. In Australia, a national military draft has been announced and Pearl Keogh, an ambitious newspaper reporter, has put her job in jeopardy to become involved in the anti-war movement. Desperate to locate her two runaway brothers before they’re called to serve, Pearl is also hiding a secret shame?the guilt she feels for not doing more for her younger siblings after their mother’s untimely death.

Newly arrived from Sweden, Axel Lindquist is set to work as a sculptor on the besieged Sydney Opera House. After a childhood in Europe, where the shadow of WWII loomed large, he seeks to reinvent himself in this foreign landscape, and finds artistic inspiration?and salvation?in the monument to modernity that is being constructed on Sydney’s Harbor. But as the nation hurtles towards yet another war, Jørn Utzon, the Opera House’s controversial architect, is nowhere to be found?and Axel fears that the past he has tried to outrun may be catching up with him.

As the seas of change swirl around them, Pearl and Axel’s lives orbit each other and collide in this sweeping novel “that brings the cultural upheaval of 1960s Australia vividly to life, and readers who appreciate leisurely paced, thoughtful literary fiction will savor each word of this emotional story of two people?and a country?reckoning with their past and future” (Booklist).