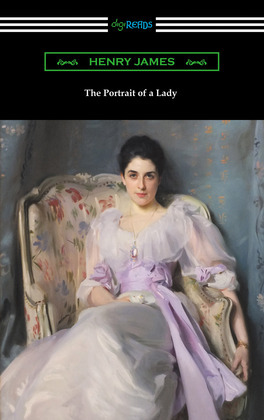 The Portrait of a Lady (with an Introduction by Charles R. Anderson)

First published serially in “The Atlantic Monthly” between 1880 and 1881, Henry James’ “The Portrait of a Lady” is widely regarded as one of the author’s finest literary achievements. As is common with James’ work a contrast is drawn between the cultural and social differences between America and Europe through the portrayal of American expatriates in Europe. The titular lady in question is that of Isabel Archer, a spirited young American woman who inherits a large sum of money and subsequently falls prey to the machinations of individuals trying to gain control of her fortune. The fiercely independent Isabel is set upon fully enjoying her fortune by travelling the European continent. While she had previously rejected two marriage proposals she is taken with an American expatriate, Gilbert Osmond, while visiting Florence, and decides to accept his matrimonial offer. Marital bliss quickly turns to unhappiness when the two settle in Rome and Isabel realizes Gilbert’s overwhelming egotism and lack of genuine affection for her. One of James’ most enduringly popular works “The Portrait of a Lady” is heralded as a classic of the modern era. This edition includes an introduction by Charles R. Anderson and a biographical afterword.