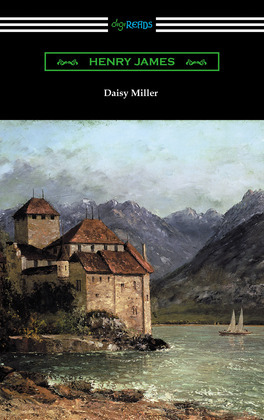 Daisy Miller (with an Introduction by Martin W. Sampson)

First published in “Cornhill Magazine” in 1878, “Daisy Miller” is Henry James’ novella which concerns the courtship of its titular character, the beautiful young American girl Daisy Miller. While travelling in Europe with her family, Daisy is taken by the delightfulness of the continent, which unlike her brother, she finds superior to their hometown of Schenectady, New York. Her brother introduces her to Frederick Winterbourne, whom she agrees to visit the Château de Chillon with, drawing the disapproval of her family. Daisy further rejects the social conventions of the American expatriate community as she becomes increasingly intimate with Giovanelli, a young Italian of a lower class. Through the portrayal of Daisy, James seeks to contrast the differing attitudes of Europeans and Americans at the end of the 19th century, a theme he would revisit throughout his literary career. “Daisy Miller” was Henry James’ first real literary success, one which would bring him immediate and widespread popularity, and which remains to this day as one of his most popular works. This edition includes an introduction by Martin W. Sampson and a biographical afterword.