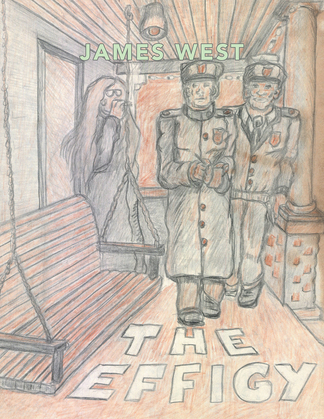 by James West (Author)
Excerpt
Fiction Comics & graphic novels
warning_amber
One or more licenses for this book have been acquired by your organisation details
EPUB
Unlimited loans, One at a time
Details

The Effigy is the story of how a young man known as the Killer Cook and a young woman (Lisa Treatorn) living in a small fictitious town in a fictitious county (Madison County) become entangled in a relationship and had a child in 1986. The man, an inexperienced cook, learns how to cook in a restaurant, while the woman works at the telephone company. They are separate most of the day, but in the evenings, they get together and contend over how they are going to afford to raise their child. This fantasy becomes clearly exposed through the images and story of The Effigy.