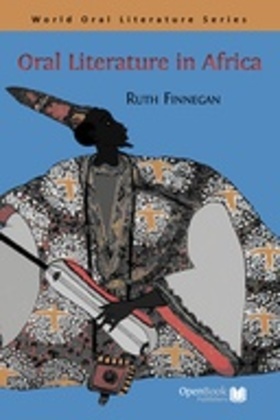 Ruth Finnegan's Oral Literature in Africa was first published in 1970, and since then has been widely praised as one of the most important books in its field. Based on years of fieldwork, the study traces the history of storytelling across the continent of Africa. This revised edition makes Finnegan's ground-breaking research available to the next generation of scholars. It includes a new introduction, additional images and an updated bibliography, as well as its original chapters on poetry, prose, "drum language", and drama, and an overview of the social, linguistic, and historical background of oral literature in Africa. This volume is complemented by original recordings of stories and songs from the Limba country (Sierra Leone), collected by Finnegan during her fieldwork in the late 1960s. Literature in Africa is part of the World Oral Literature Series published in conjunction with the World Oral Literature Project.