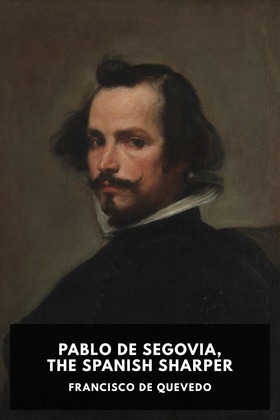 Francisco de Quevedo holds the status of a man-of-letters in the same pantheon as Cervantes; but despite that, Pablo de Segovia is his only novel. Quevedo had circulated the manuscript privately for several years before it was published in 1626 without his permission. The novel is partly a satire of contemporary Spanish life, and a caricature of the various social strata Pablo encounters and emulates.


Pablo himself is a low-born person who aspires to become a gentleman, but despite his best efforts he repeatedly fails and is eventually forced to become a “sharper,” or rogue. His failures give Quevedo an avenue to expound on his belief that attempting to break past your social class can only lead to disorder; and that despite one’s best efforts, bettering oneself is largely impossible. Pablo’s stumbling from misfortune to misfortune is a farce that helped cement Quevedo’s reputation as a literary giant.