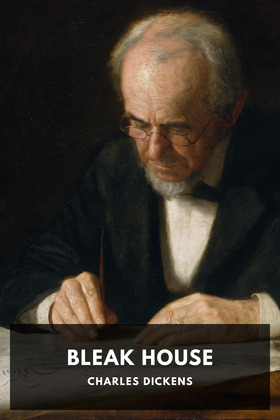 Bleak House, completed by Dickens in 1853, tells several interlocking story-lines and features a host of colorful characters. Though very difficult to summarise, the novel centers around the decades-long legal case of Jarndyce and Jarndyce, involving the fair distribution of assets of a valuable estate. The case is mired in the legal quagmire of the Court of Chancery, whose byzantine and sluggish workings Dickens spares no effort to expose and condemn. Dickens also exposes the miserable condition of the poor, living in squalid, pestilential circumstances.


The novel has a curious construction in that the first-person narrative of Esther, written in the past tense, is interleaved with many chapters written from the omniscient viewpoint and in the present tense.


Several prominent critics such as G. K. Chesterton consider Bleak House to be Dickens’ finest novel, and it is often ranked among the best English-language novels of all time.