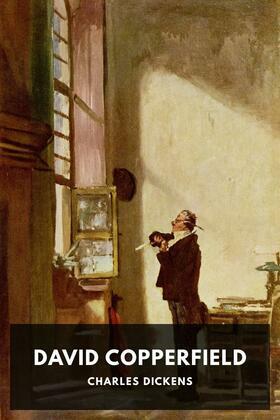 Like many of Dickens’ works, David Copperfield was published serially, then as a complete novel for the first time in 1850. Dickens himself thought of it as his favorite novel, writing in the preface that of all his works Copperfield was his favorite child. This isn’t surprising, considering that many of the events in the novel are semi-autobiographical accounts from Dickens’ own life.

In David Copperfield we follow the life of the titular character as he makes a life for himself in England. He finds himself in the care of a cold stepfather who sends him to boarding school, and from there embarks on a journey filled with characters and events that can only be called “Dickensian” in their colorful and just-barely-probable portrayals.