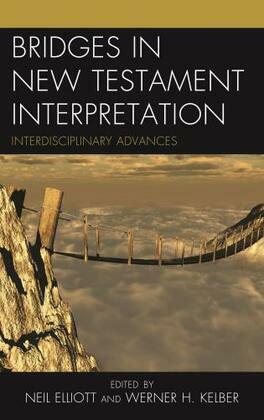 The field of New Testament studies often appears splintered into widely different specializations and narrowly defined research projects. Nevertheless, some of the most important insights have come about when curious men and women have defied disciplinary boundaries and drawn on other fields of knowledge in order to gain a more adequate view of history. The essays in Bridges in New Testament Interpretation offer surveys of the current scholarly discussion in areas of New Testament and Christian origins where cross-disciplinary fertilization has been decisive and describe the role that interdisciplinary 'bridges,' especially as led by Richard A. Horsley, have been decisive. Topics include the socioeconomic history of Roman Palestine; the historical Jesus in political and media contexts; communication media, orality, and social context in the study of Q; the Gospels in the context of oral culture, performance, and social memory; reading Paul’s letters in the context of Roman imperial culture; the narrativization of early Christianity in relation to the ancient media environment; and the role of power in shaping our understanding of history, as evident in 'people’s history;' the historical agency of subordinate classes; and the role of public and 'hidden transcripts' in contexts shaped by power relations. Essays also address the role of the interpreter as engaged with the social and political concerns of our time. The sum is even greater than the parts, presenting a powerful argument for the value of further exploration across interdisciplinary bridges.