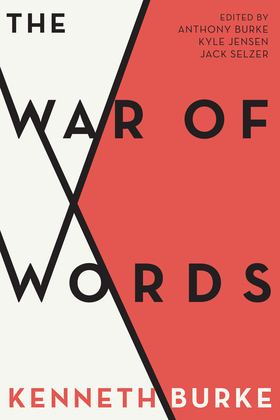 The War of Words

Here now is The War of Words, the second volume of A Rhetoric of Motives. The War of Words brilliantly exposes and theorizes the rhetorical devices that were—and still are—sponsoring war in the name of peace. Discouraging militarism during the Cold War even as it details a catalog of contemporary persuasive tactics and strategies, the book exposes how popular news media outlets can, wittingly or not, foment international tensions and armaments during tumultuous political periods. With an introductory chapter from the editors and a short introduction from Burke himself, chapters include “The Devices,” scientific rhetoric, the rhetoric of bureaucracy, and the rhetorical situation.

With The War of Words, Kenneth Burke’s influence and scholarly importance continues to play a prominent role in the field of rhetoric and literary criticism today.