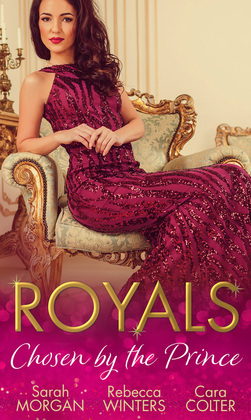 Royals: Chosen By The Prince: The Prince's Waitress Wife / Becoming the Prince's Wife / To Dance with a Prince (Mills & Boon M&B)


When virgin waitress Holly is thrown into a playboy Prince’s arms he lives up to his wicked reputation by bedding her – then walking away! But now Holly is expecting the Prince’s love-child! Casper is furious but royal protocol demands he make her his bride and Holly’s first duty as a convenient wife will be on their wedding night…


Lawyer Carolena Baretti keeps her cards close to her chest. But when a chance encounter with a handsome prince ignites a fiery attraction, Carolena thinks that he may just be the one man she can trust… But Valentino is playing with fire. To be with Carolena, he would have to sacrifice his right to the throne….

To Dance with a Prince


Streetwise dancer Meredith’s less than thrilled with teaching privileged Kiernan to dance. Yet, as Meredith uncovers the man behind the royal façade, she’s in for a surprise. She’s never believed in happy endings – let alone one with her own real-life prince!