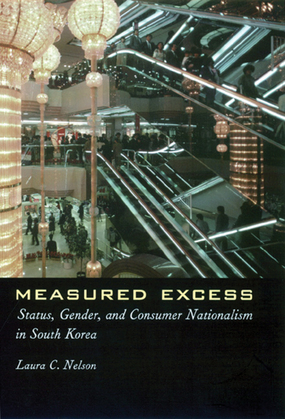 by Laura C. Nelson (Author)
Non-Fiction Social science Political science International Relations Business & economics International Economics Sociology
EPUB
unlimited loans, One at a time
Details
This insightful analysis of the ways in which South Korean economic development strategies have reshaped the country's national identity gives specific attention to the manner in which women, as the primary agents of consumption, have been affected by this transformation. Past scholarship on the culture of nationalism has largely focused on the ways in which institutions utilize memory and "history" to construct national identity. In a provocative departure, Laura C. Nelson challenges these assumptions with regard to South Korea, arguing that its identity has been as much tied to notions of the future as rooted in a recollection of the past.

Following a backlash against consumerism in the late 1980s, the government spearheaded a program of frugality that eschewed imported goods and foreign travel in order to strengthen South Korea's national identity. Consumption—with its focus on immediate gratification—threatened the state's future-oriented discourse of national unity. In response to this perceived danger, Nelson asserts, the government cast women as the group whose "excessive desires" for material goods were endangering the nation.