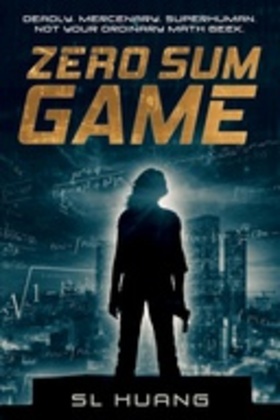 
The vector calculus blazing through her head lets her smash through armed men twice her size and dodge every bullet in a gunfight. She can take any job for the right price and shoot anyone who gets in her way.


As far as she knows, she’s the only person around with a superpower . . . but then Cas discovers someone with a power even more dangerous than her own. Someone who can reach directly into people’s minds and twist their brains into Moebius strips. Someone intent on becoming the world’s puppet master.


Someone who’s already warped Cas’s thoughts once before, with her none the wiser.


Cas should run. Going up against a psychic with a god complex isn’t exactly a rational move, and saving the world from a power-hungry telepath isn’t her responsibility. But she isn’t about to let anyone get away with violating her brain — and besides, she’s got a small arsenal and some deadly mathematics on her side. There’s only one problem . . .


She doesn’t know which of her thoughts are her own anymore.


ZERO SUM GAME is a speculative fiction thriller by an MIT math graduate.