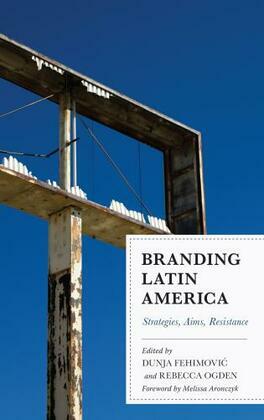 As public and private sectors become stakeholders, nation-states become corporations, interests become strategic objectives, and identities become brands, branding emerges as a key feature of the pervasiveness of market logic in today’s world. Branding Latin America: Strategies, Aims, Resistance offers a sustained critical analysis of these transformations, which see identities deliberately (re)defined according to the principle of competition and strategically (re)oriented towards the market. Through context-sensitive case studies that foreground a specific, under examined set of practices and concepts, this volume draws particular attention not only to the reconfigurations of citizenship, identity, and culture according to an insidious logic of market competitiveness, but also to the ways in which different actors resist, survive, and even thrive in such a context. In so doing, it illuminates the ambivalent relationships between the local, national, and global; the individual and collective; the public and private; and the economic, political, and cultural landscapes that characterize contemporary Latin America and the wider world.