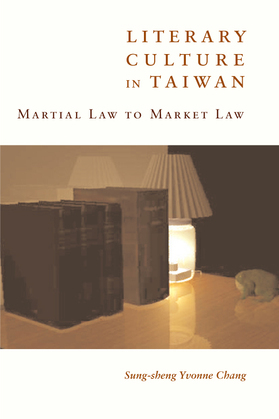 by Sung-sheng Yvonne Chang (Author)
Non-Fiction Literary essay
EPUB
unlimited loans, One at a time
Details
With monumental changes in the last two decades, Taiwan is making itself anew. The process requires remapping not only the country’s recent political past, but also its literary past. Taiwanese literature is now compelled to negotiate a path between residual high culture aspirations and the emergent reality of market domination in a relatively autonomous, increasingly professionalized field. This book argues that the concept of a field of cultural production is essential to accounting for the ways in which writers and editors respond to political and economic forces. It traces the formation of dominant concepts of literature, competing literary trends, and how these ideas have met political and market challenges.

Contemporary Taiwanese literature has often been neglected and misrepresented by literary historians both inside and outside of Taiwan. Chang provides a comprehensive and fluent history of late twentieth-century Taiwanese literature by placing this vibrant tradition within the contexts of a modernizing local economy, a globalizing world economy, and a postcolonial and post-Cold War world order.