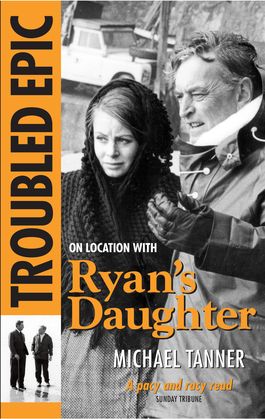 Ryan's Daughter, winner of two Oscars, was a very successful film that lured Michael Tanner to the Dingle Peninsula. He researched this story by focusing on identifying locations and interviewing local people involved in the film's shoot. The result is an unvarnished account of the troubled shooting of the film, both on and off camera, and how its stars - Robert Mitchum, Sarah Miles, Trevor Howard, Christopher Jones and John Mills - coped with a year on Ireland's west coast in 1969. The story is largely told in the words of local people who were drivers, extras, prop men, landladies, actors or mere observers. Also included is a gazetteer to the locations used on the Dingle Peninsula and elsewhere in Kerry to enable fans to follow in Rosy Ryan's footsteps. With pictures and archive material, much never published before, this is the behind-the-scenes story of a film which changed the Dingle Peninsula overnight, saw more antics than usual by stars off and on set, and resulted in David Lean making no film for 14 years.