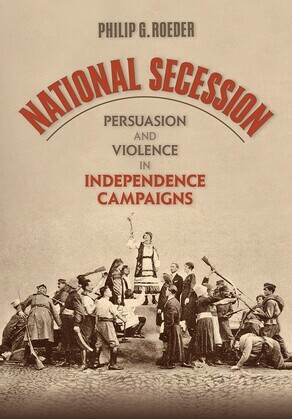 How do some national-secessionist campaigns get on the global agenda whereas others do not? Which projects for new nation-states, Philip Roeder asks, give rise to mayhem in the politics of existing states? National secession has been explained by reference to identities, grievances, greed, and opportunities. With the strategic constraints most national-secession campaigns face, the author argues, the essential element is the campaign’s ability to coordinate expectations within a population on a common goal--so that independence looks like the only viable option.

Roeder shows how in most well-known national-secession campaigns, this strategy of programmatic coordination has led breakaway leaders to assume the critical task of propagating an authentic and realistic nation-state project. Such campaigns are most likely to draw attention in the capitals of the great powers that control admission to the international community, to bring the campaigns’ disputes with their central governments to deadlock, and to engage in protracted, intense struggles to convince the international community that independence is the only viable option.

In National Secession, Roeder focuses on the goals of national-secession campaigns as a key determinant of strategy, operational objectives, and tactics. He shifts the focus in the study of secessionist civil wars from tactics (such as violence) to the larger substantive disputes within which these tactics are chosen, and he analyzes the consequences of programmatic coordination for getting on the global agenda. All of which, he argues, can give rise to intractable disputes and violent conflicts.