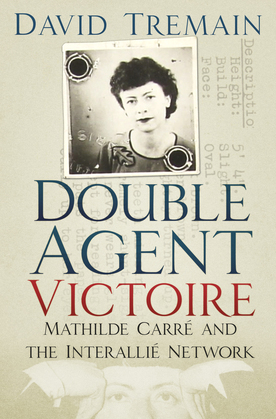 ‘On 28.2.42 there arrived in the U.K. a remarkable woman agent: Mathilde Lucie (or Lily) CARRE.’ Her codename was VICTOIRE, although she became better known as ‘La Chatte’ – the female cat. Her acts of treachery and betrayal were almost unprecedented in the history of intelligence, yet her involvement in the ‘Interallié affair’ has, to date, only warranted a brief mention in the accounts of special operations in France during the Second World War. But what motivated her to betray upwards of 100 members of the Interallié network, the largest spy network in France? Was she the only guilty party, or were there others equally culpable? Her story makes fascinating reading, full of intrigue, sex, betrayal and double-dealing, involving a rich panoply of members of the French Resistance, German Abwehr and British Intelligence. For the first time, using official MI5 files, this book will examine what motivated those acts of betrayal; the impact they had on those associated with her; and how her case was handled first, by German, then British Intelligence. It will also present a psychological profile of Mathilde Carré in order to better understand this ‘extremely dangerous woman’.