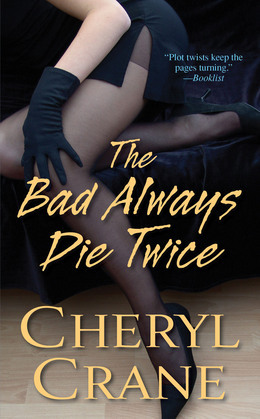 For Nikki Harper, realtor to the stars and daughter of 1950s screen goddess Victoria Bordeaux, Hollywood is home--an albeit dysfunctional home populated by a cast of crazies. While Nikki's no stranger to scandal, she's shocked to receive a hysterical phone call from her business partner, Jessica Martin, saying that seventies sitcom star Rex March has been found dead in Jessica's bed. More shocking is the fact that, as far as anyone knew, Rex was already dead. . .

Six months ago, Rex was supposedly killed when his plane crashed in the Mojave Desert. Nikki and Jessica recently sold his mansion on behalf of his widow, Edith. Obviously, Jessica is being framed, but by whom? And why? And how can Rex be dead again?

"Cheryl Crane has written a superb mystery: rich in milieu, deep in plot twists, constant in the exercise of suspense and surprise. This book is a veritable primer on why people read and love crime fiction."--James Ellroy

"There's a good plot with a twist and some very clever Hollywood insider bits." --The Globe and Mail