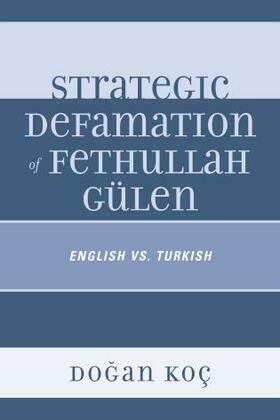 Fethullah Gülen is a moderate Turkish Muslim scholar who is known mostly for his education and dialogue activities. The Hizmet Movement, inspired by Gülen, has established hundreds of education and dialogue institutions throughout the world. Several books and hundreds of articles and news reports have been written about Gülen himself and the movement. In recent years, a defamation campaign has been launched against Gülen and the Hizmet Movement. Although these defamation articles may seem random, this book will show that the articles are written strategically in a campaign manner. In Strategic Defamation of Fethullah Gülen, close to 500 defamation articles, books, and other forms of writings are analyzed according to their languages. Koç concludes that these defamations are not random and that they appear according to their respective audiences.