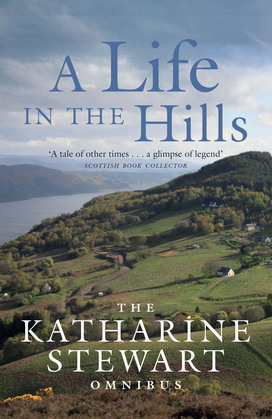 A Life in the Hills

by Katharine Stewart (Author)
Excerpt
Nonfiction Biography & autobiography Personal memoirs Travel Europe Great Britain
warning_amber
One or more licenses for this book have been acquired by your organisation details
EPUB
Unlimited loans, One at a time
Details
EPUB
40 loans, 10 Concurrent loans
Details
A collection of memoirs about an English woman and her family giving up city life for the Scottish Highlands in the 1950s.

Katharine Stewart, who died in 2013, was one of Scotland’s best-loved writers on rural life in the Highlands. A Croft in the Hills, her first book, tells the story of how a couple and their young daughter, fresh from city life, took over a remote hill croft near Loch Ness and made a living from it. Full of warm personal insights, good humor and a love of living things, it has become a classic and has rarely been out of print since it was first published in 1960.

Each of these books glows with what Neil Gunn described as “its unusual quality, its brightness and its wisdom.” The omnibus brings the grace, charm, and wisdom of Stewart’s writing to a new generation of readers.