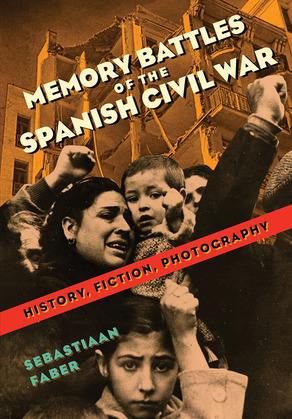 The ability to forget the violent twentieth-century past was long seen as a virtue in Spain, even a duty. But the common wisdom has shifted as increasing numbers of Spaniards want to know what happened, who suffered, and who is to blame. Memory Battles of the Spanish Civil War shows how historiography, fiction, and photography have shaped our views of the 1936–39 war and its long, painful aftermath.

Faber traces the curious trajectories of iconic Spanish Civil War photographs by Robert Capa, Gerda Taro, and David Seymour; critically reads a dozen recent Spanish novels and essays; interrogates basic scholarly assumptions about history, memory, and literature; and interviews nine scholars, activists, and documentarians who in the past decade and a half have helped redefine Spain's relationship to its past. In this book Faber argues that recent political developments in Spain—from the grassroots call for the recovery of historical memory to the indignados movement and the foundation of Podemos—provide an opportunity for scholars in the humanities to engage in a more activist, public, and democratic practice.