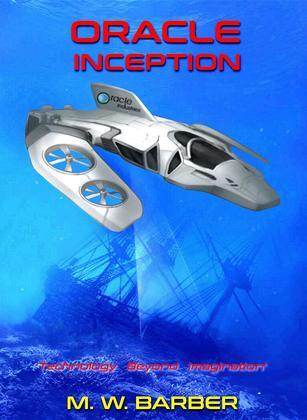 The team from Securite Software had done their job well. Too well, now they had nothing to do.

Their Anti-Intrusion software was the best there was. After years of development it had suddenly all fallen into place. Self-learning, it adapted to all threats seamlessly. Even the crew were surprised how it had all flowed together.

Brad was offered an obscene amount of money for the company and the software. So he accepted the offer and shared the profits equally amongst the crew. That was the day both their fate and future changed in a way none of them could have ever imagined. The change came in the form of a simple knock on the door, and a woman called Kia.

None of them could possibly have envisioned how they would soon change the face of the earth for the better. Within weeks they would be repairing years of environmental damage to the oceans and lands. Their actions would save hundreds of lives, both on land and underwater.

Quietly and without fanfare Oracle went about its business. Slowly the news spread, Oracle were the go to guys when you had a real problem to deal with. Norway, Vietnam, a Baron in Switzerland. Each had an issue, and the crew of Oracle were relentless. Each problem was resolved in a way that only Oracle’s crew could achieve.

Now the underworld had started to take notice. Call them by whatever name you like, Illuminati, Cartels, or Backroom Boys. All evil and rotten to the core. Spies were dispatched, covert photos taken. When those means did not provide answers, the Backroom set plans into motion. First, they tried to bribe their way into Oracle, and failed. Unfazed, they tried to capture Kia the director and founder of Oracle, again they failed, badly.

After thousands of successful Black-Ops over many years, it did not cross their minds to let it go. Using a mole in MI6, they kidnapped three Oracle staff for “questioning”. The orders were simple, get the answers to a list of questions and dispose of the remains as necessary.

The Backroom Boys were rumoured to be the ones actually in control of the USA military. Many uprisings and coup’s around the globe. The rise and fall of governments, and more missing people than can be counted were credited to their dark, morale less operation. Of all the mistakes they had ever made, none would prove as fatal as the one they had just made.

This was the point where Kia went from slightly annoyed to War Mode. Backed by the advanced tech from Oracle, Kia sets out to get her people back with a vengeance. A vengeance the Backroom has never seen in the decades it had been in existence. If they were smart they would fade back into the dark shadows they came from, but their arrogance would not allow that thought to materialise.

It was inevitable that a showdown was going to happen. When the Backroom could not win with underhanded covert operations, they sent an entire mercenary force to take the island. They sent ships full of men and guns. They sent a destroyer packed full and ready to fight. They even sent the last remaining pair SR71-A Blackbirds into the arena. This was one fight they were determined not to lose. It was time to teach Oracle a lesson it would never forget.