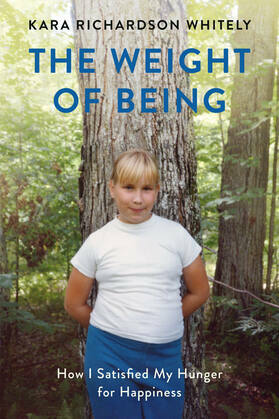 The Weight of Being

Kara Richardson Whitely thought she could do anything. After all, she climbed Mount Kilimanjaro--three times! But now she's off the mountain and back home again, and there's one thing she just can't manage to do--lose weight.

In many ways, Kara is living the life of everywoman, except that she's not everywoman because she weighs 300 pounds. Her weight is a constant source of conflict and shame, as the people from every corner of her life--from her daughter's teacher to her mother-in-law--judge Kara for the size of her body. When it becomes just too much to tolerate, Kara turns to weight-loss surgery, a choice that transforms her body--and her life.

Kara's story is one of living as a fat woman in America, where fat prejudice is rampant despite our nation's pandemic of obesity. In this fresh, raw memoir, Kara reveals this epic contradiction, and offers a shocking comparison of life before and after radical weight loss.