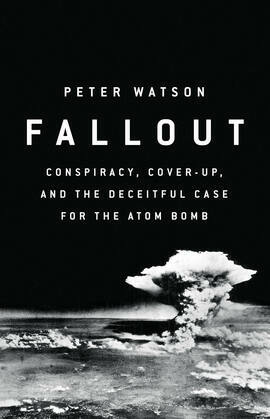 Between December 1943 and August 1944, Franklin Delano Roosevelt and Winston Churchill passed up the best chance ever to secure lasting world peace. Instead, they ignited the Cold War superpower rivalry that would dominate the world for the next half century and beyond.

The decision to build the atomic bomb was flawed at every level. The Americans did not tell the UK that the atomic research was compromised by Soviet spies; the British did not tell the Americans that in 1943 they knew for sure that Germany did not have a nuclear bomb program. Neither country admitted to the scientists developing the bomb that it would never be used to counter a German nuclear threat (because there wasn't one). Had they known, many of them would have refused to complete work on the bomb.

The narrative concentrates on a few months in which two atomic physicists tried to influence world affairs - but in very different ways. While Danish physicist and Nobel Prize winner Niels Bohr sought to convince President Roosevelt and Prime Minister Churchill to share their nuclear knowledge with Stalin in a unique peaceful collaboration, nuclear scientist Klaus Fuchs, a German-born Communist and naturalized Briton, was leaking atomic secrets to the Soviets in a rival attempt to ensure parity between the superpowers.

Albert Einstein once said that "politics is more difficult than physics." He was right: this story shows how politicians fatally failed to understand the nature of atomic science and, in so doing, exposed the world needlessly to great danger, a danger that is still very much with us.