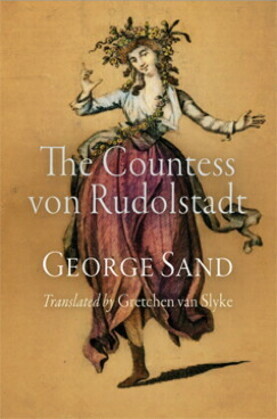 The first translation of The Countess von Rudolstadt in more than a century brings to contemporary readers one of George Sand's most ambitious and engaging novels, hailed by many scholars of French literature as her masterpiece. Consuelo, or the Countess von Rudolstadt, born the penniless daughter of a Spanish gypsy, is transformed into an opera star by the great maestro Porpora. Her peregrinations throughout Europe (especially Vienna, Berlin, and the Bohemian forest), become a quest undertaken on a number of levels: as a singer, as a woman, and as an unwilling subject of alienation and oppression.

Sand's heroine moves through a mid-eighteenth-century Europe where absolute rulers mingle with Enlightenment philosophers and gender-bending members of secret societies plot moral and political revolution. As the old order breaks down, she undergoes a series of grueling initiations into radically redefined notions of marriage and social organization. In a novel by equal measures philosophical and lurid, nothing is what it seems. Written some fifty years after the French Revolution, the book taps into many of the political and religious currents that contributed to that social upheaval—and aims to channel their potential for future change.

Fed by Sand's rich imagination and bold aspirations for social reform, The Countess von Rudolstadt is a sinuous novel of initiation, continuing the coming of age tale of the titular heroine of Sand's earlier Consuelo and drawing on such diverse models as Ann Radcliffe's Gothic tales and Goethe's Wilhelm Meister.