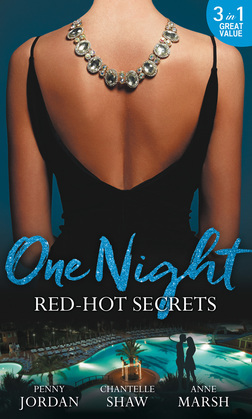 One Night of Consequences…


Caesar Falconari can’t believe the woman who almost ruined his precious reputation after their night of unadulterated passion still fiercely fires his blood. Discovering that their union created more than memories, the Sicilian Duke demands that Louise wears his band of gold!

Secrets of a Powerful Man


Salvatore Castallano is haunted by the accident that left a blank in his memory. His young daughter is the one bright light in his dark existence and he’ll do anything for her… Even if that means moving Darcy Rivers under his roof! But Salvatore is getting closer to uncovering Darcy’s secret…


Former pilot Mia Brandt is stranded on the same island as Tag Johnson – who's distractingly handsome…and Mia's unforgettable one-nighter from four years ago. But when Tag blurts out that they're engaged, their no-strings arrangement is out! And an even bigger secret has taken its place…