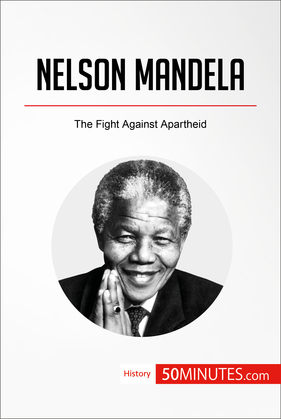 Keen to learn but short on time? Get to grips with the life of Nelson Mandela in next to no time with this concise guide.

50Minutes.com provides a clear and engaging analysis of Nelson Mandela?s lifelong fight against apartheid. This system of racial segregation was enshrined in law in South Africa in 1948 and relegated non-white individuals to the position of second-class citizens. As part of the African National Congress, Mandela fought against this racist system and was eventually imprisoned for his beliefs. After his release in 1991, he played a major role in South Africa?s transition to democracy and in the reconciliation process between the country?s different racial communities. He went on to become the country?s first black president, and was awarded the Nobel Peace Prize for his contribution to the end of apartheid.

In just 50 minutes you will:
?Learn about the work of the African National Congress, including its armed wing, Umkhonto we Sizwe
?Find out about Mandela?s role in the fight against apartheid and his influence on activists around the world
?Understand the progress South Africa has made since the abolition of apartheid in 1991 and the challenges it is still facing