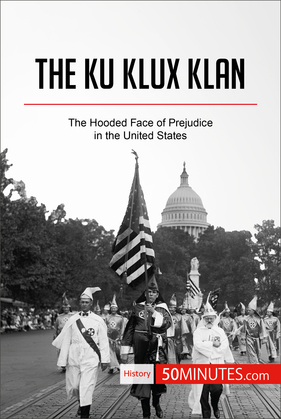 Keen to learn but short on time? Get to grips with the operations of the Ku Klux Klan in next to no time with this concise guide.

50Minutes.com provides a clear and engaging analysis of the Ku Klux Klan's activity over the past 150 years. This notorious organisation was founded in 1865 in the wake of the American Civil War, but although its stated aim was to protect the war-torn Southern states, it soon became a vehicle for brutal violence committed against the country's black population and was disbanded as a result. However, it was revived by William J. Simmons in the early 20th century, and the second incarnation of the organisation proved more popular, more prejudiced and more bloodthirsty than ever before. Although its power waned in the following decades, and only isolated, depleted local cells can still be found today, the KKK remains a byword for prejudice, extremism and white supremacy worldwide.