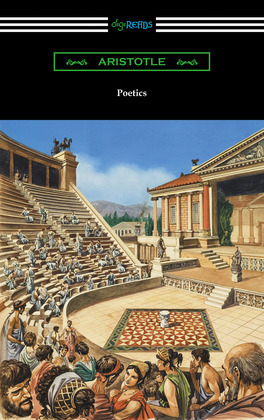 Poetics (Translated by Ingram Bywater with a Preface by Gilbert Murray)

Greek philosopher and scientist, Aristotle, lived in the 4th century B.C. and is thought of as one of the most important figures from classical antiquity. Aristotle was probably the most famous member of Plato’s Academy in Athens, whose writings would ultimately form the first comprehensive system of Western philosophy. His writings were not constrained to simply one field of inquiry but covered such various subjects as physics, biology, metaphysics, logic, ethics, aesthetics, rhetoric, linguistics, politics and government. Contained in this volume is Aristotle’s “Poetics” which is regarded as the world’s first comprehensive treatise on literature. It is a detailed analysis of drama and poetry with its greatest emphasis on tragedy. Aristotle outlines the elements of good drama drawing upon specific examples from the literature of ancient Greece. Lost for a time to the Western world, “Poetics” was rediscovered in the late medieval and early renaissance period from Arabic sources. An essential read for any student of classical literature, Aristotle’s “Poetics” provides great insight into the study of drama from the classical period. This edition is translated by Ingram Bywater, includes a preface by Gilbert Murray, and a biographical afterword.