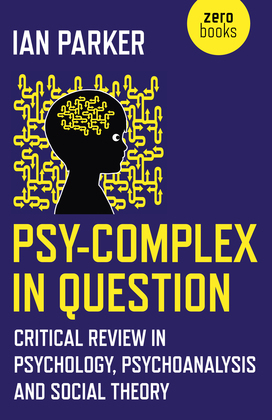 Psy-Complex in Question traces a series of key debates in and against the psy-complex through critical reviews of twenty-five key texts over the last twenty-five years, with an emphasis on recent critical psychological, psychoanalytic and critical social theory contributions to how we think about human agency and subjectivity. The reviews together set out the unfolding context for the debate, and situate the texts under discussion in the cross-cutting debates that define critical psychology today. It also provides an accessible introduction to how psychoanalysis and social theory, with a particular focus on the work of Jacques Lacan and Slavoj Žižek, bears upon work carried out by a new generation of researchers. Ian Parker's book is written from the perspective of a critical insider to the discipline of psychology, psychoanalysis and social theory, and it will serve as a primer for those new to the ideas searching for compass points and radical arguments, as well as examples of how to write and how not to write a book review.