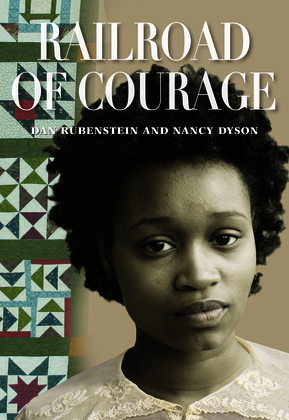 This young reader novel about the Underground Railroad begins when Rebecca, a twelve-year-old slave in South Carolina, hears that Grower Brown plans to sell her father to another grower. Unwilling to accept the idea of slavery any longer, she shocks her parents by declaring that she will run away, with or without them. Despite their fear, they agree to go with her on the Underground Railroad to Canada. They are led by the famous Harriet Tubman, aka Moses, the tiny but fiercely courageous black woman whom Rebecca comes to love. On their journey north, Rebecca and her family rely on the bravery of freed blacks and learn to trust white abolitionists. A Canadian ornithologist, Alexander Ross, known as ?the Birdman,? stumbles upon the family in Tennessee and helps them make their way north on the Mississippi River. The family hides in coffins, travels on a steamboat, and crosses Illinois in a blizzard by pumping hand carts on a rail line ? finally crossing the border to a free life in Canada. Railroad of Courage offers young readers a fast-paced story of adventure. With the introduction of historical figures, the novel explores the injustice of slavery and the moral imagination of runaways and those who helped them to freedom.