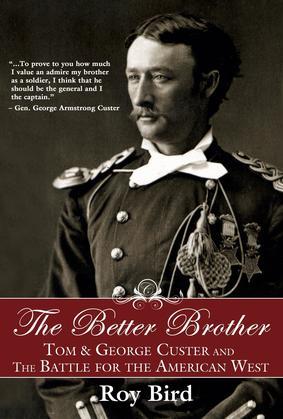 de Roy Bird (Auteur)
Non-fiction Biographies et autobiographies Historique Militaire
EPUB
Prêts illimités, Un à la fois
Détails
Years of painstaking research have uncovered more detail on Thomas Ward Custer, the younger brother of the legendary General George Custer. Historians are now coming to understand the full influence of Tom Custer on his brother and American life, from his heroic exploits during the Civil War to his legendary bravery during the Indian Wars, where he served under his brother as his aide-de-camp. Had Tom not been overshadowed by his more famous brother, he might well have become one of the more notable characters and military officers of the American West. Despite winning two Congressional Medals of Honor, his legendary feud with Rain-in-the-Face, the shooting scrape with “Wild Bill” Hickok, and many other fearsome exploits, Tom has taken a backseat to George in the American imagination. Only recently has his influence on the history of the United States become fully understood and appreciated by scholars.
Author Roy Bird takes us inside the circle of Tom and Autie, whose close-knit relationship and intense rivalry in hunting, military skills, business, and even romance would span from their boyhood farm in Ohio to their heroic end at the Battle of Little Bighorn, where they were, as always, together. Bird’s The Better Brother is not only
the story of two brothers whose incredible talents and healthy rivalry drove each other to greatness, but also a story at the center of American history.