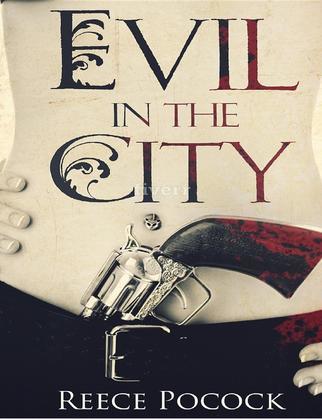 Evil in the City

Reece Pocock has great insight into human affairs and a powerful imagination, and in this engaging set of short stories he turns his observant eye on many facets of human behaviour, said Boris of Adelaide. A man attempts to escape from his paedophile father in the only way he knows how; the victim of a frame-up wreaks an Old Testament revenge; two cops make the mistake of their lives; a killer’s manic behaviour has consequences for an innocent youth; a woman is unexpectedly saved from sudden death; a young man finds a way back to his father after a period of alienation; a wronged man discovers that revenge has its own consequences; a private eye in the Sam Spade mode unsuccessfully tries to outsmart a wily client; a man loses self-control; true love succeeds in conquering all; a married couple finally share a guilty secret long unrevealed between them; children learn not to judge a book by its cover; one young man’s misinterpretation of a scenario has terrible consequences for another; a man finds himself outplayed by a woman with dreams of a happy marriage; two farmers drolly discover the unremitting cycle of country life. Pocock writes with wit and compassion and his stories flow effortlessly.