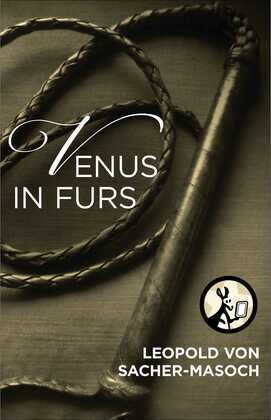 Originally published in 1870, Venus in Furs was ahead of its time. Revolutionizing popular thought on the relationship among love, sex, and power, it paved the way for modern erotica like the wildly popular Fifty Shades of Grey series. It has inspired films, a song written by Lou Reed and performed by the Velvet Underground, and?most recently?the four-time Tony nominated play Venus in Fur starring Hugh Dancy and Nina Arianda.

Sensitive artist Severin, humiliated as a child by a glamorously cold aunt, has grown into a man who longs to worship a woman with his whole self. When he meets the beautiful widow Wanda at an Italian resort, he is so captivated by her that he begs to be taken as her slave. Reluctant at first, Wanda soon finds herself drawn into the dark world of dominance and drunk on lust and control.

Wanda abuses Severin mercilessly, drawing him deeper into her web of dominance and sex, but their relationship is put to the test when Wanda meets a man to whom she?d rather be the slave than the master?.