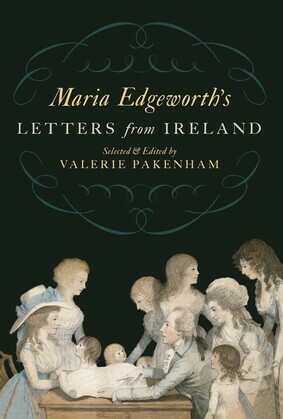 Maria Edgeworth (1768-1849), one of the most celebrated authors of her day both in Ireland and England, is best known for her novels 'Castle Rackrent' (1800) and 'The Absentee' (1812). A contemporary of Jane Austen, Sir Walter Scott and Lord Byron, her prolific correspondence, penned largely from her home at Edgeworthstown, County Longford, is filled with her vibrant personality, warmth and wit. Marking the 250th anniversary of her birth, this is the first time Maria Edgeworth's letters from Ireland, many hitherto unpublished, have been revisited in any depth. Her letters span sixty years of momentous political change in Ireland -- the heady time of Grattan's Parliament and the perils of the 1798 Rebellion, the rise of O'Connell, the struggle for Catholic Emancipation, and the Great Famine for which she provided relief. Her storytelling and descriptive powers reveal an extraordinary personal understanding of the era. The wealth of detail in these letters is astonishing. They engage with science and literature, history and high-level European gossip, and the domestic concerns of life at Edgeworthstown itself. Maria, a proto-feminist, helped educate her siblings and became sole manager of the family estate. Humphrey Davy, William Rowan Hamilton, Madame de Stael, Francis Beaufort, Wordsworth and the Duke of Wellington stroll through these pages as the Edgeworth story unfolds. The reader is also granted privileged access to her ever-expanding family circle of three stepmothers and twenty-two siblings – most of whom Maria outlived. Among these were gifted artists, whose previously unseen drawings and sketches embellish this volume, while the editor's extensive commentary lends crucial context to this cultural treasure trove.